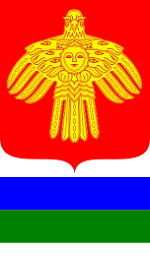 Coat of arms and Flag of Komi Republic 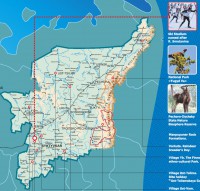 The Republic of Komi has several kinds of attractions. Fist of all, it’s the beautiful nature provinces with remarkable views: Manpupuner Rock Formations, UNESCO National Park “Yugyd Va”, Pechoro-Ilychsky State Nature Biosphere Reserve. All that places are situated in the Ural mountains.

Another tourism destination is Historical and Cultural potential of the Republic of Komi. Various types of historical monuments, museums, memorial places, buildings and constructions are closely linked to the historical events as well as to old holidays and traditions.

Here we will give you an overview of all points of interest, but if you want to find out some more interesting information and amazing images, you could visit official Tourist Information portal.

A considerable part of the territory is a hilly plain. The Ural Mountains serve as an eastern border. Around 32,800 km2 of mostly boreal forests in the Republic’s Northern Ural Mountains was recognized in 1995 as a UNESCO World Heritage site, Virgin Komi Forests. It is the first natural UNESCO World Heritage site in Russia and the largest expanse of virgin forests in Europe. Komi is home to Manpupuner, one of the Seven Wonders of Russia, a mysterious site in the northern Ural mountains made out of seven rock towers known as the “7 strong men”.

The Republic is a multinational region

Komi people first appear in the records in the 12th century when East Slavic traders travelled to the Perm region in search of furs and animal hides. The Komi territories came under the influence of Moscow in the late Middle Ages. Starting from the expeditions in 1843, the Komi territory was most extensively explored in the 19th and the beginning of the 20th centuries by the Russians, who found plentiful reservoirs of various minerals, as well as timber, to exploit. After the founding of the Soviet Union, the Komi Autonomous Soviet Socialist Republic was established with its administrative center located at the town of Syktyvkar.

Economy of the Republic of Komi

Komi’s major industries include oil and gas production and refining, timber and electric power industries. The Republic of Komi is a leader in oil, gas and coal production. The timber industry is second largest in the Republic’s industrial structure. It is represented by logging, sawmilling, pulp and paper companies. The key players in the local timber sector are JSC Mondi Syktyvkar, LLC Syktyvkar Tissue Group, Inc. Mondi Syktyvkar’s annual production capacity is 570,000 tons of pulp and 858,000 tons of cardboard and paper products.

The Republic of Komi maintains and expands its relations at the national and international levels focusing on its cooperation with the Russian north-western regions, BEAR countries, Finno-Ugric countries and regions, North Europe, the European Union and CIS countries.